The fund manager believes that there is a need for private sector involvement in infrastructure funding given South Africa's difficult fiscal position.

The South African economy faces a R1.7tn infrastructure funding shortfall over the next 10 to 15 years. Futuregrowth Asset Management portfolio manager Jason Lightfoot stated this during the Batseta virtual winter conference on Tuesday. ‘Over the next 10 to 15 years, it is expected that there will be a funding shortfall of about R1.7tn over 276 different initiatives,’ he said. 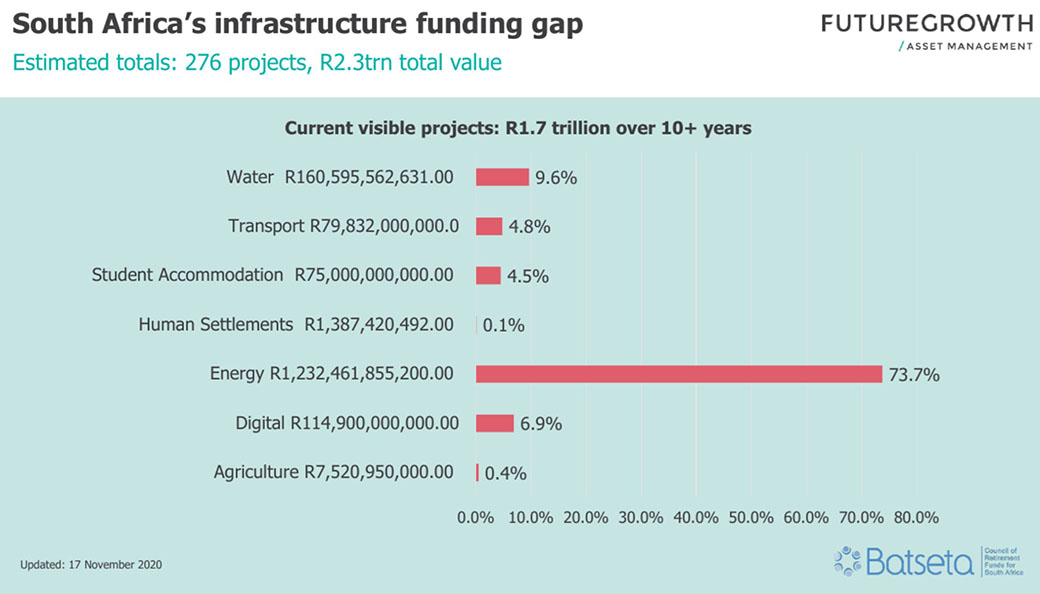 Lightfoot runs the R15.5bn Futuregrowth Infrastructure and Development Bond fund. Over one year, the fund delivered a return of 18.9% compared to the benchmark FTSE/JSE All Bond Index return of 17.0%. 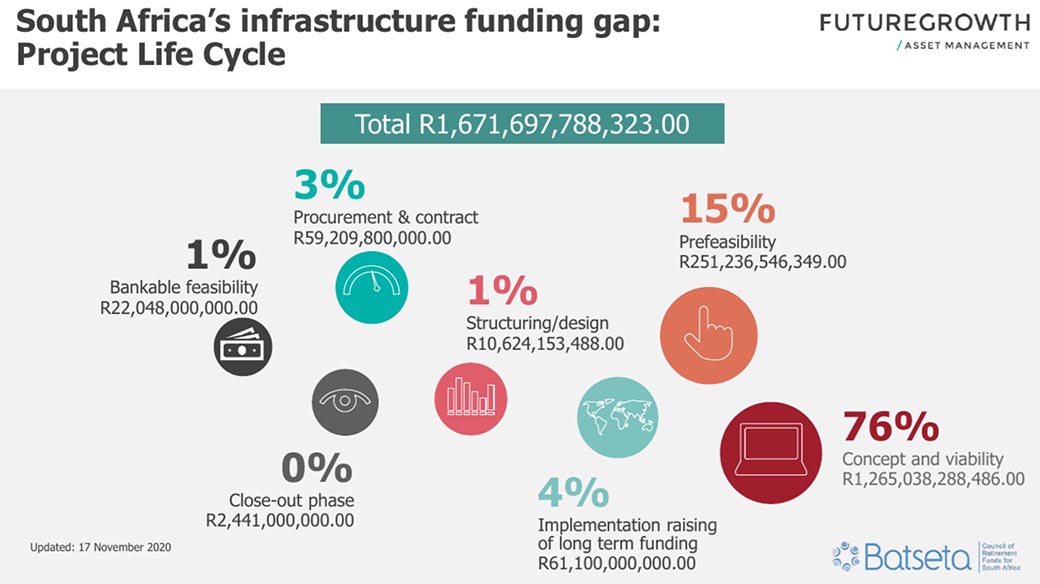 Of the R1.7tn in projects, 76% of them were at the concept and viability stage.

‘This means they need to go through a whole lifecycle before they reach a bankability stage, but it doesn’t make sense for capital markets to provide funding at this particular stage. Government and its various developmental financial institutions are best placed to provide capital.’

One of the biggest local private sector infrastructure successes that Lightfoot identified was the R200bn renewable energy programme that has created 100 independent power producers (IPPs). He said that Futuregrowth invested in 32 of these IPPs.

Lightfoot said that the fund management industry could play a role in infrastructure development. ‘We have the capacity and the capital… The industry could also get involved if there is a pipeline of bankable opportunities and if they are adequately rewarded for the risk.’ Lightfoot said that long-term infrastructure assets could provide retirement funds with a ‘perfect hedge’.

Turning to three local toll roads operated by private sector concessionaires, Lightfoot said these projects were successful. ‘We believe the user-pay model should dictate, although that has not worked in the Gauteng Freeway Improvement Project.

‘We have seen the quality of those roads. They are beneficial to the end-users and provide sound returns to the capital providers.’

South Africa state infrastructure projects, such as Eskom’s multi-billion rand expansions, have been plagued by mismanagement, corruption, waste and delays. ‘It ultimately comes down to the assessment of the project and ensuring all the boxes are checked,’ Lightfoot said.